AmpliFi Alien – The Wifi Your Home Needs for the ‘20’s

2021 is the year of Wifi 6, as more and more devices finally hit our shores, many of which have been delayed due to production shortages and shipping delays resulting from the Covid19 pandemic.

In the next couple of months what will essentially be the ultimate home wifi solution will finally be available in volume – the Ubiquiti AmpliFi Alien. We’ve been looking forward to these for nearly 18 months, and we were fortunate enough to be supplied with a couple of them from the first limited shipment, which we’ve been able to put through their paces to see what users can expect from them. For those interested, Ubiquiti’s official AmpliFi Alien devices released to Australia start from hardware revision 9 (so they’ve been quite busy in the intervening 1½ years tweaking the design before it got to us).

This isn’t a comprehensive review or walk-through of all the Alien’s features or set up experience, this report drills down to what’s important – what sort of performance can you expect to get out of these in the real world, and is this something you will actually get any benefit out of?

To test them, we applied a basic configuration via the AmpliFi app (available on both Android and Apple stores), hooked them up to the Internet, downloaded and applied the latest firmware, then connected an Intel NUC to a LAN port and joined the test wifi network from our Fujitsu Lifebook U938 with an Intel ax210ngw Wifi 6E wireless card. We tested network performance between the Lifebook and NUC using a combination of iperf3 and file copy tests.

With the AmpliFi Alien router 1.5m from the Lifebook, we saw 935mbps over wifi using iperf with 10 simultaneous streams: 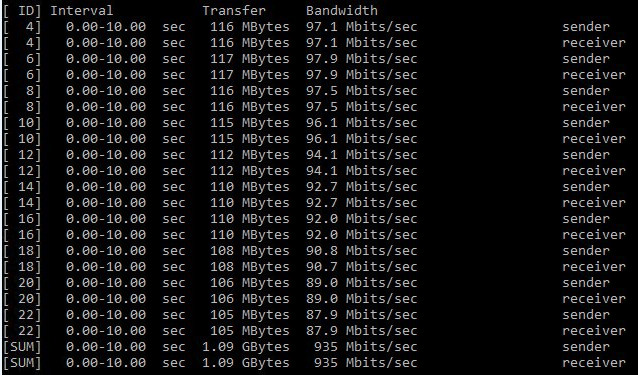 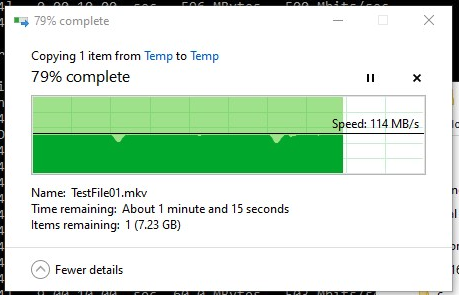 You can monitor performance on the screen of the Alien to see this activity in real-time, too: 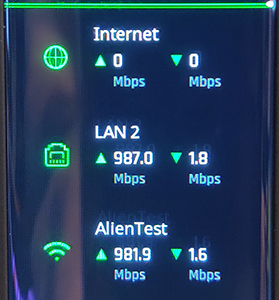 For reference, this is an iperf test between the Lifebook and NUC over ethernet (wifi disabled):

As you can see, the Lifebook can communicate with the AmpliFi Alien over wifi with identical bandwidth to ethernet. That’s a rather incredible thing to see.

This is what we saw when we performed the same file transfer test and then walked through the building, stopping for a minute in various rooms: 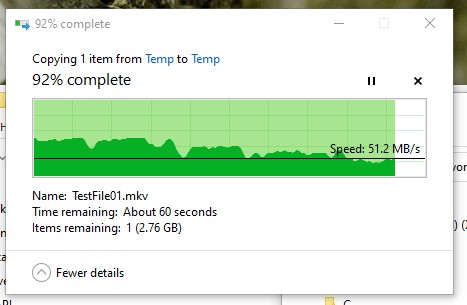 Here’s the result of the file transfer test performed with the Lifebook connected to the Alien from the next room at ~4m distance through a brick wall: 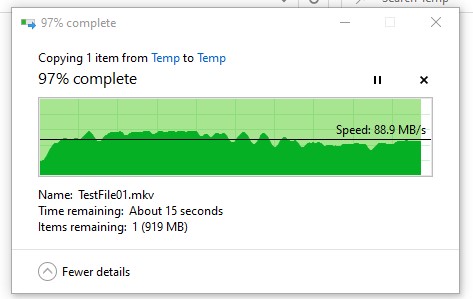 You can see there’s variability in performance, but it’s fairly consistent around the 90MB/s range.

Possibly the most useful result was the one performed between the Alien router and the Lifebook at a distance of 10m through four brick walls and a couple of book cases:

While 42.5MB/s is substantially lower than the 114MB/s we see at close range, it’s still eminently usable – it’s 340mbps, several times faster than a 100mbps NBN connection. Being able to provide wifi this fast throughout an entire home from just a single router is incredibly impressive, as many were concerned Wifi 6 would only bring significant improvements to peak bandwidth over short distances. The AmpliFi Alien’s 8×8 MIMO antenna design puts such speculation to rest – it’s not just impressively fast at short distances, it has the power to punch a strong signal through solid brick, bringing reliable wifi to devices throughout a building, too.

This means that for a fairly standard sized 4×2 home, placing a single AmpliFi Alien centrally should give you plenty of fast, usable bandwidth for all your devices. If you have a larger home, you have a couple of options – if your home has ethernet cable installed, you can use that as a backbone network between two Alien routers which will double your wifi footprint. If there’s no cable and running it is too difficult or costly, the Alien routers can be connected via wifi Mesh – they use a percentage of their bandwidth to communicate between each other, and the rest is still available for devices. Given just how much bandwidth the Aliens have available, it’s entirely likely you would never notice the difference between connecting the routers via cable or wifi Mesh.

But what if your home has both huge floor space and thick, concrete floors between levels? In that case, you can add as many AmpliFi Alien routers as required (and you can afford) – you can either connect them via ethernet, or Mesh them wirelessly, there’s no practical limit to the number of routers you can join together to cover every square inch of your home with high speed Wifi 6.

It’s worth noting that the MU-MIMO and OFDMA (Multiple User Multi-Input Multi-Output and Orthogonal Frequency Division Multiple Access) technologies can allow potentially hundreds of devices to connect to the same network, with limited impact on each other, as the wireless access point intelligently splits spatial streams and interweaves data signals between each client device. With 7,685mbps total available wifi bandwidth you’ll run out of Internet and local network capacity long before your wireless devices saturate the AmpliFi Alien’s wifi network. 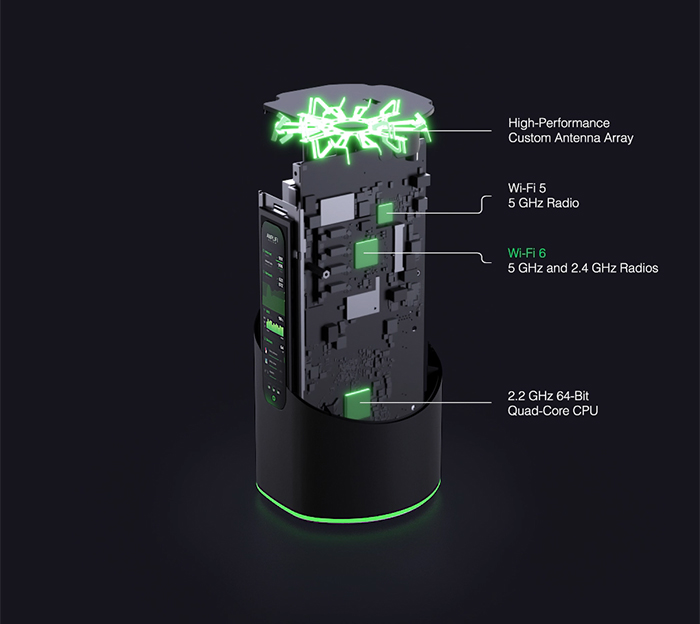 Ubiquiti have an excellent track record building extremely reliable, robust, high performing devices since 2005. With the original AmpliFi HD they shifted what was possible for peoples’ homes – AmpliFi is both extremely simple while providing a high quality, highly reliable wifi network. The AmpliFi Alien with Wifi 6 takes this to a whole new level of performance, while it’s extremely easy to manage with the app on any phone or tablet, and the touch-screen interface isn’t just pretty, it’s a genuinely useful way to manage the device (I particularly like the ability for owners to run a speed test with just two taps of the screen). 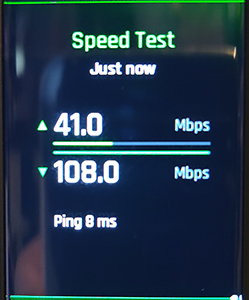 It’s 2021. If you want high speed wifi for all of your devices all the time, the AmpliFi Alien by Ubiquiti will not only blanket your home with wifi the likes of which you’ve never seen before, it will do this all day every day for many years to come – I wouldn’t be at all surprised if it was 2031 before you found a need to replace it. When you consider the cost over the course of a decade, it’s actually extremely good value (particularly given the headaches it will eliminate from your life). I genuinely can’t recommend it highly enough, it’s simply spectacular. 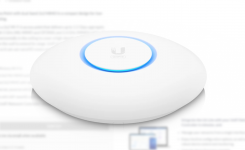